We arrived back from London yesterday night and we’ve been through our pictures today.
As usual, London was cool, my partner in crime actually really liked the city and wants to go back there already. Yay! I very much like London, mainly because of the brick buildings, the artsy feel and the politeness of the people.

We mainly stayed in the center, as JY needed to see the usual famous buildings 🙂

We also glimpsed a bit of street art, that was around the national theater. The building itself is rather ahem… let’s say rough. Lots of concrete cubes, so to speak. But all around on the building, street art!

On top of the national theater is a lovely garden/terrace, which reminded me of the feel you can get in Berlin. There are a few veggie plots on top and it’s kept by volunteers.

There also was a guy making a huge sand sculpture. Yes, the Thames has some kind of small beach 😀

I wanted to go back to the Tate Modern Museum as I very much like the mood there.
I discovered a painting I quite feel in love with from Ibrahim El Salahi, but took a few more pictures of art I enjoyed.

The shot went well, although it was a bit exhausting on the second day. 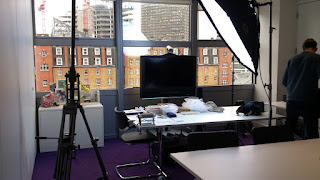 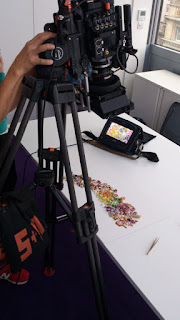 Hi everyone! I’m back from Roma with lots of photos and a cold (…) I didn’t expect Rome to be that cold! […]

Today is a holiday which means, BF and I took yesterday off and we went over the WE to Nantes. It was […]

Shanghai Museum of Science of Technology Hey boys and girls 🙂 Last post about the city of Shanghai!Obviously China has wonderful food, […]