Still working (my ass off) toward the upcoming miniature fair, the SIMP in Paris.
I’m actually showing you things that aren’t even quite finished! Oh the drama!
And I’m also realizing I’ve made a lot of expensive miniatures and I really need to get a grip and make cheaper things that will actually sell…
By the way, if you have a brilliant idea on what is going to sell, let me know in the comment, because I still haven’t figured it out entirely. Thank you.

I’m on a tomato wagon this week, so this is the most likely daily veggie you’ll see. (and yes I know it’s really a fruit, thank you very much) I’ve made 6 different varieties and am thinking of making another tomato cane, because I’d like to make some quarters.

On the bright side, I’m feeling a little better and less pressurized as I’ve finally finished a big custom order wooot! Most of my shops are closed right now, so that’s a worry less as well.
Seriously if the first thing that pops into your mind when you sell something is “oh gawd no, please not another order”, then it’s time for a break. 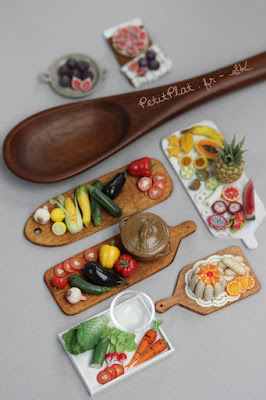 I made another expensive fruit board that is probably not going to sell, but it’s pretty, am I right? 🙂 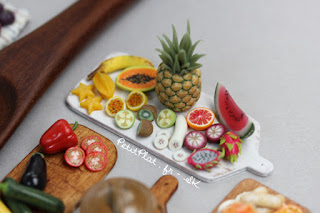 And a salad board that isn’t finished as the salad is still missing… and also a bunch of cucumber slices.
But it’s adorable so far, right? 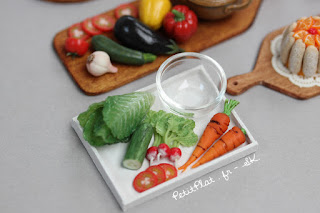 Oh and I made a few cupcake and donut trays that have a good chance of selling, I just need to decide on the right pricing. 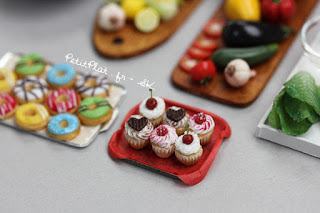 Anyway!
It’s late and it’s time to watch the last episode of Game of Thrones, while eating banana “nice-cream”. (google it you will thank me later)

Dumdidum, winter in Berlin = Christmas markets!Enjoy 🙂Click on the images to see them larger. xxStéphanie

Good Day Fellow Colors Lovers! I’ve been working on layered cakes this week-end and then fooled around with various cake stands and […]

No Comments “Miniature Veggies and Fruit for the SIMP Fair”